The gendered public library in Kerala

Al Ameen is a social work student with a specialization in Community Organisation and Development Practice from Tata Institute of Social Sciences, Mumbai. He is passionate about libraries, performing arts, cultural inquiries and creative writing. He has grown up actively engaged with the rural libraries in Kerala and continues to be an advocate for them.

The gendered public library in Kerala

Modern Kerala society has a long tradition of social dialogue in public spaces. This essay will explore the participation of women in this public sphere, drawing on a short student research project focused on public libraries. Women in Kerala access public libraries not only for issuing books and reading them but also to participate in the culture of public dialogue. But how accessible and inclusive towards women are these public libraries in reality?  I address this question by drawing on a study conducted in two different areas of Kerala. The urban setting was Njanapradayini Library Neyyattinkara (Thriuvananthapuram, South Kerala) and the public and Central libraries in Thiruvananthapuram city. Libraries studied in the rural setting included VelamPothujanaVayanasala, Mayyil, Kannur district and Safdar Hashmi SmarakaVayanasala, Thayampoyil, Mayyil Kannur district North Kerala.

Public spaces are considered the connecting mechanism of social life. They also host discourse through which individuals and groups associate with each other and reach a common judgement in relation to matters of common interest

Malayalam literature often uses tea shops and libraries to portray the essence of community life in Kerala, with writers like S.K Pottekkatt using these unique public spaces to develop the story line in novels like Oru Desathinte Kadha (The Story of a Village). The story line of many a Malayalam movie too hinges on these spaces.

Tea shops and reading rooms in the Malabar region provided a common place to meet and exchange ideas across caste barriers by reading newspapers, and discussing politics and social developments. That was considered by many as preferable to the drunken companionships of toddy shops. This shaped Kerala’s socio-political literacy to a great extent, and the rise of libraries is also considered an outcome of the state’s high literacy rate.

Though it is known for the matrilineal inheritance tradition among the upper-caste Nairs, Kerala remains a strongly patriarchal, even moralistic, society that has stifled women’s voices in the public sphere. Though their public presence is better than in many other states in the country and despite the efforts of the state, the accessibility of public space for women is not commensurate with the literacy rate and educational status of the state.

At the level of representation, for example, female characters are often confined to domestic or private space in movies and literature (Pillai, 2013). Most Malayalam box office hits since the 1990s have erased women from the public sphere, marking it as exclusively male territory. Even post-1950s films reaffirmed the Chayakkadas(tea shops) or the Kallushaps(toddy shops) as masculine public spaces in a nostalgic celebration.  The participation of women in the politics was not encouraged as it was considered a public and masculine activity, though powerful women’s movements across the world helped Kerala women occupy spaces in the field of politics against these structural barriers.

In this context, it is worth examining the role public libraries have played in connecting women to the public sphere. A feminist critique of these spaces as they work in reality is a good place to begin. Meena T Pillai, Director of Center for Cultural Studies, University of Kerala, says:

I consider the library a space where thoughts are free and people engaged in debates and discussions. It is actually the best space for engaging the public sphere. It is not just about reading, the relevance of thoughts are also important. But today most libraries have significant social and cultural surveillance of women. In urban settings if a boy and a girl walk into a library, or go into the stacks, it is viewed as something wrong; people actually enforce moral policing denying the freedom of individuals in a public space. Though many people believe that gender divides around education are not deep in Kerala, if state-funded college hostels are not even allowing girls to access libraries after five or five thirty p.m., it says a lot about gender inequality in Kerala. People think that women going to libraries is like going for “prostitution”. Gendered surveillance and moral policing can be about the preference of books of women or it can be about who they go to the library with.

Jane Jacobs (1992) argued decades ago that ‘eyes on the street’ provide safety and security through social surveillance. But such surveillance also creates social pressure on individuals, especially women. In urban public libraries in Kerala, men are the mechanisms of surveillance. The experiences of a young girl reveal the dynamics of such a gendered surveillance: ‘Male as well as female librarians surveil us about the kind of books we take, and the company we keep. It is not about privacy and security; it is also about social dignity and gender justice.’

The gendering of reading preferences is clearly visible in the book sections for women in Kerala’s public libraries. These generally stock novels with highly romanticised visions of human life, of ideal marital life, emotional elements, ‘moral’ storylines, cooking recipes, and health related topics. Puranas are on offer for older women. As it happens, many of my respondents said they preferred books from sections reserved for women because they could relate them with their daily life. But many also said that they choose other books according to purpose. This, however, also depends on their educational level and background. Many urban women cited academic reasons as driving their book selection.

Rural women face greater challenges. Comparatively less educated and trapped in housework, they appeared to choose books that help naturalise their repression. The separate section for women nudges them subtly to choose from a particular collection. It thus denies them choice, while extending the prejudices of those who conceive and control such library spaces and make reading choices for women.

Time matters here. In my experience, urban libraries in many places are open up to 6 pm or 7 pm depending on the day of the week, and the personal commitment of the librarian. But rural libraries are active till late at night. Though fewer women use the library after dark in rural libraries, they are generally more involved with them than in urban libraries. This may be due partly to the greater community bonding in rural society, which makes women comfortable visiting the library even after dark.

In this context, a project that brings books to women’s homes might appear to be a step in the right direction. One such is the house based book dispatching project for women run by Kerala State Library Council. Rural libraries appear to be implementing this project effectively whereas the representative of the urban libraries reported that they are not able to conduct it because one librarian alone can’t manage it. Rural libraries have a separate librarian to run this project where one librarian remains in the library and the other ensures that books reach women’s homes.

From one point of view, this project is celebrated as an indicator of the empowerment of homebound women through an opportunity to access books and educate themselves. But from another point of view, it feels like protectionism. It denies them mobility and the right to access public space by increasing their comfort in private space. It indirectly reinforces the male domination of public spaces, even as women in other parts of Kerala try to access public spaces in negotiation with masculine bodies. For example, in Perinjanam panchayat of Thrissur district, women are accessing public spaces more frequently. Kerala Sasthra Sahithya Parishat has organised women from the locality and they are spending time in the cemented public spots of the village in front of the toddy shops, which was highly dominated by the male bodies earlier.

Though the project aims to reach women who do not come to the library, this has resulted in most women staying at home and not engaging with the library. A librarian with the home based book despatch project says:

Recently, I have observed that women are reading less. Earlier, though they used to read highly romanticised family-based stories, they used to read. However, many households have deactivated membership in this project of late. When I asked them about it, many women told me that they prefer other leisure activities like watching television serials, or social media, over books. This is true even of women who used to visit the library.

My interactions with women suggest that this is more or less similar in urban and rural areas. Women are less visible in public space since technology now provides them information in the comfort of private space. Earlier women from lower middle-class families who could not afford newspapers came to the library to read them. Now they access them on the internet.

Libraries as spaces of discussion

Of course, there are signs of hope. I will end with the example of Vanitha Vedi (a women’s group in the library), a collective forum of women ranging from 25 to 60 years in age that has emerged in urban and rural areas against the patriarchal imagination of social gatherings. The majority of the active women in rural libraries in my study have ten years of schooling, are married and working from home, though there are also working professionals among members. VanithaVedi members—who have their own social media groups—meet formally twice or thrice in a month but they engage with the library on a day-to-day basis. They come and sit for a while in the library, especially in the evening time. Most of the libraries become a masculine space in the evening but many libraries engage women even at night if there are events. Most of the women who engage with libraries often belong to households with male members who are very active in the library space.

Outcome of the umbrella-making workshop!

In their scheduled meetings in the library, women discuss an issue, a book or some artistic performance. They might also discuss local problems like water scarcity in summer, agriculture, cooking recipes, government schemes or policies available to them, or very personal issues for support from each other. They even practice some art forms and perform skits and dances in public events as a group. Occasionally, they organise some training sessions like LED Bulb making, Umbrella making, beauty parlour training, pickle and jam making, even offering some of these for sale in the local market. Rural women appear to be more active in these gatherings, possibly because they lack the range of options that urban women have for social contact. The accompanying photographs provide an indication of the dynamism and hope that this initiative carries. 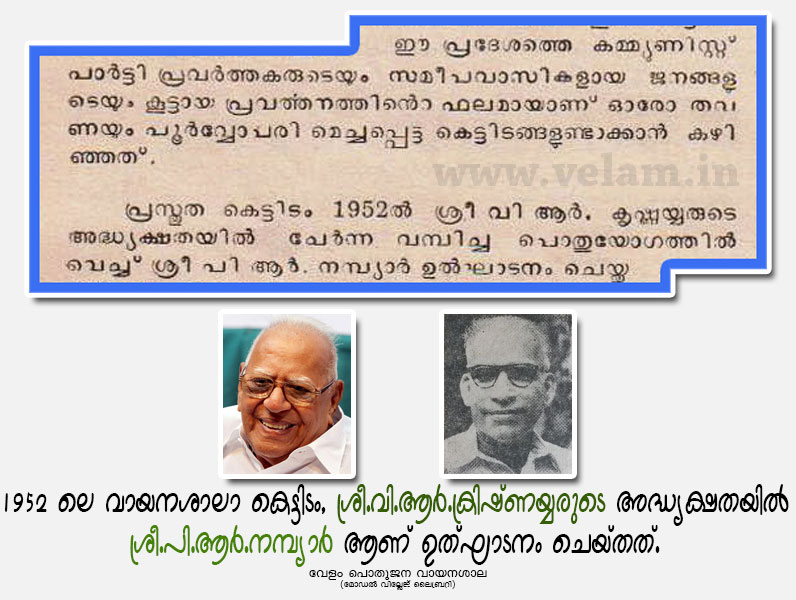 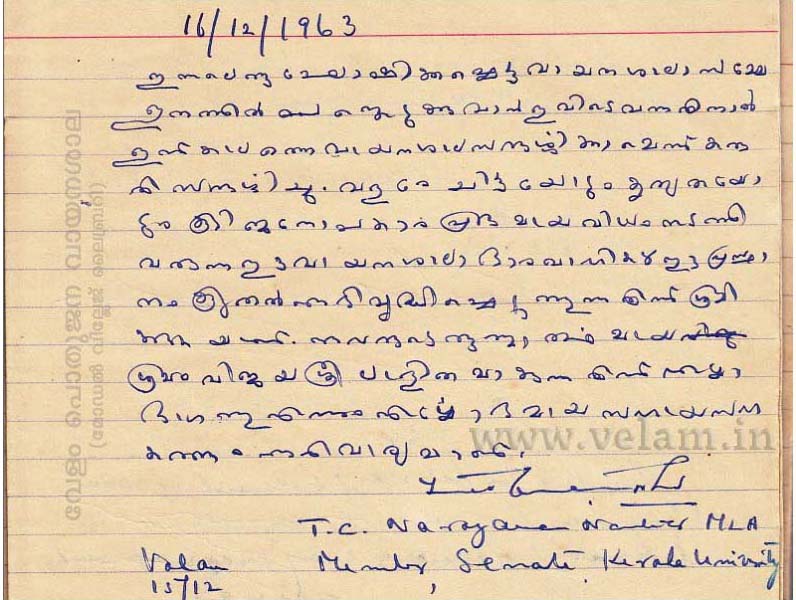 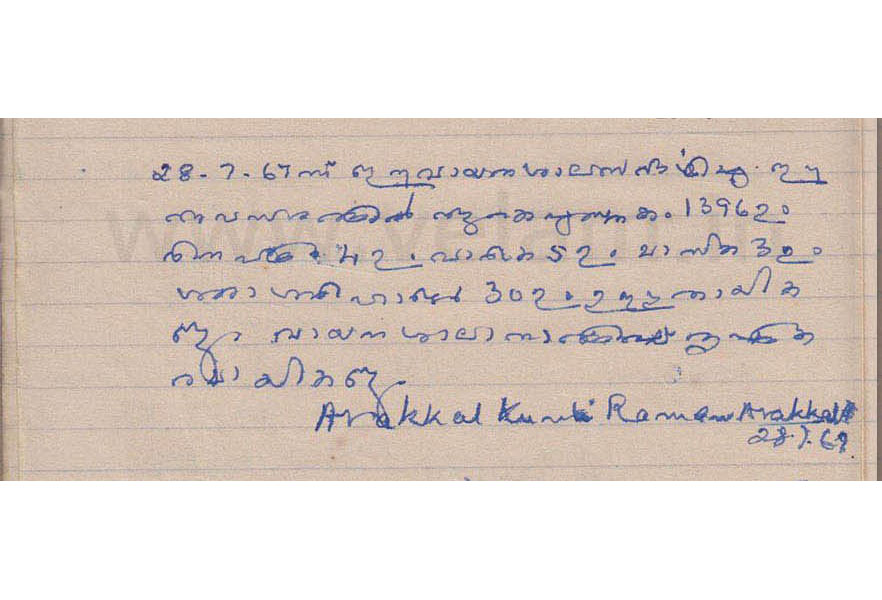 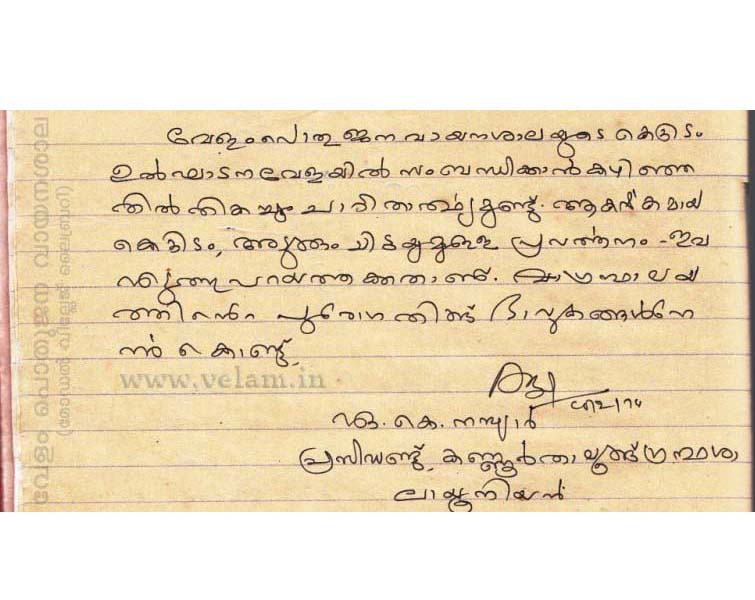 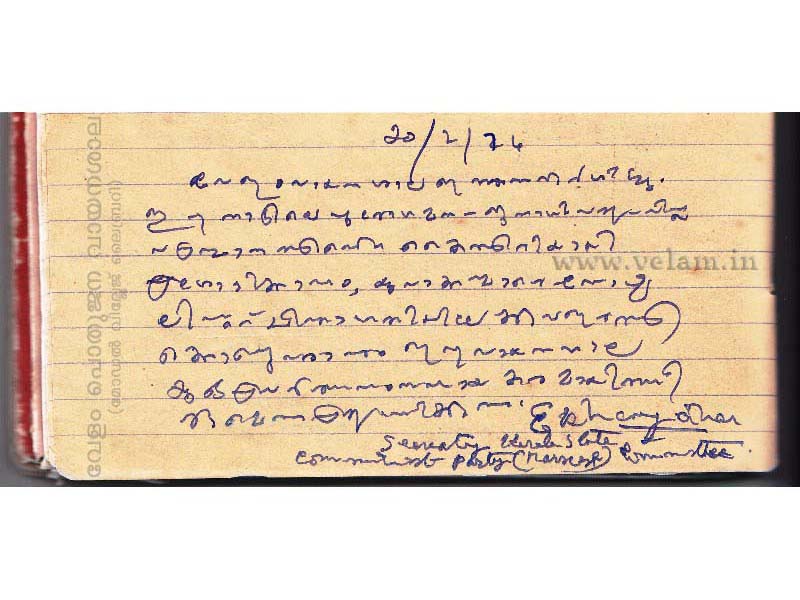 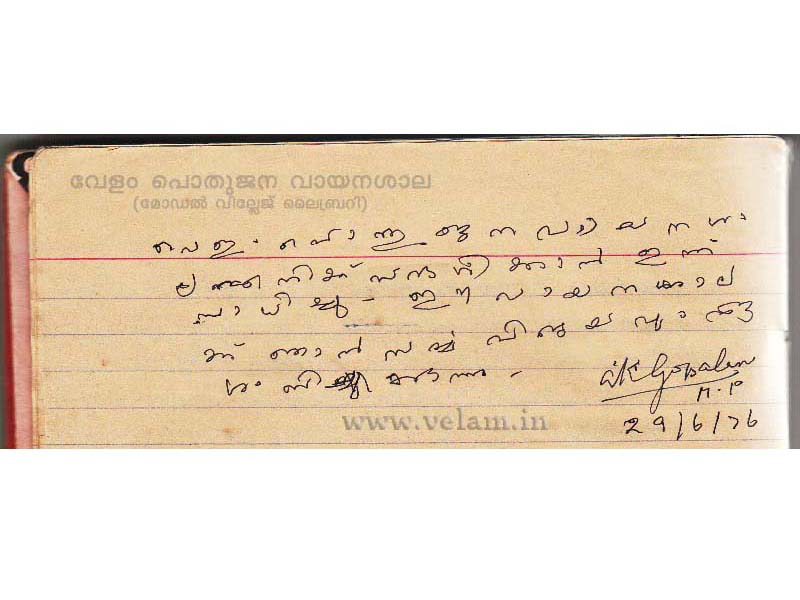 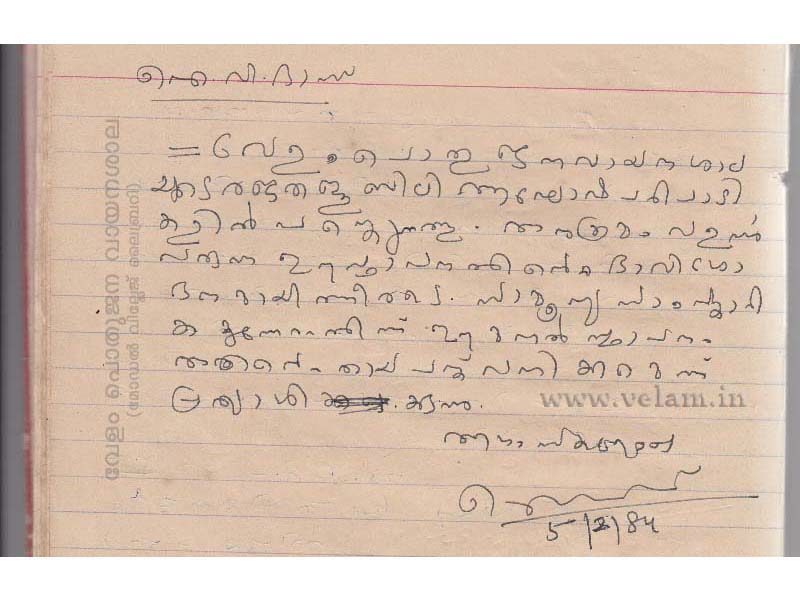 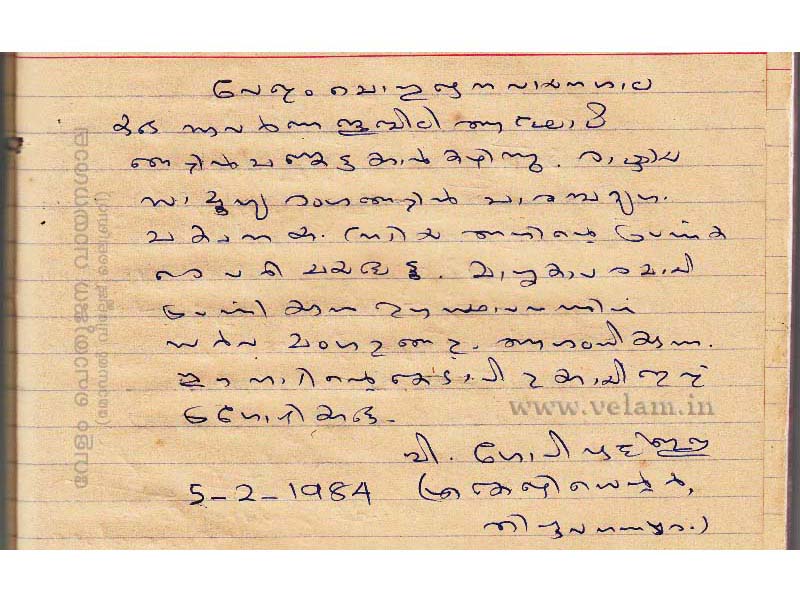 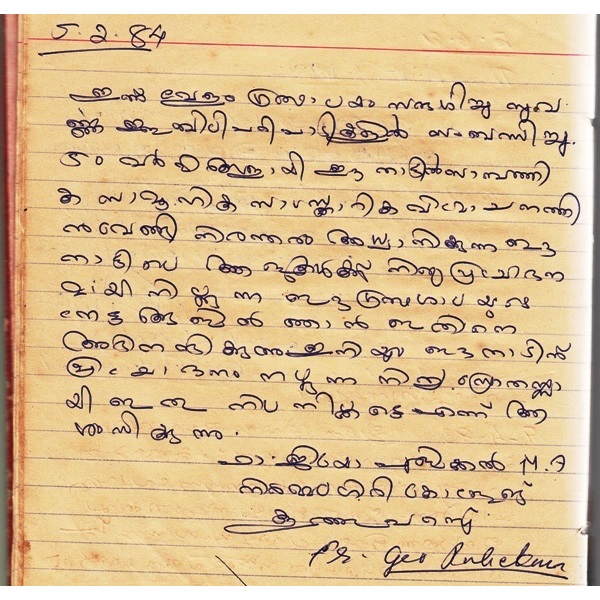 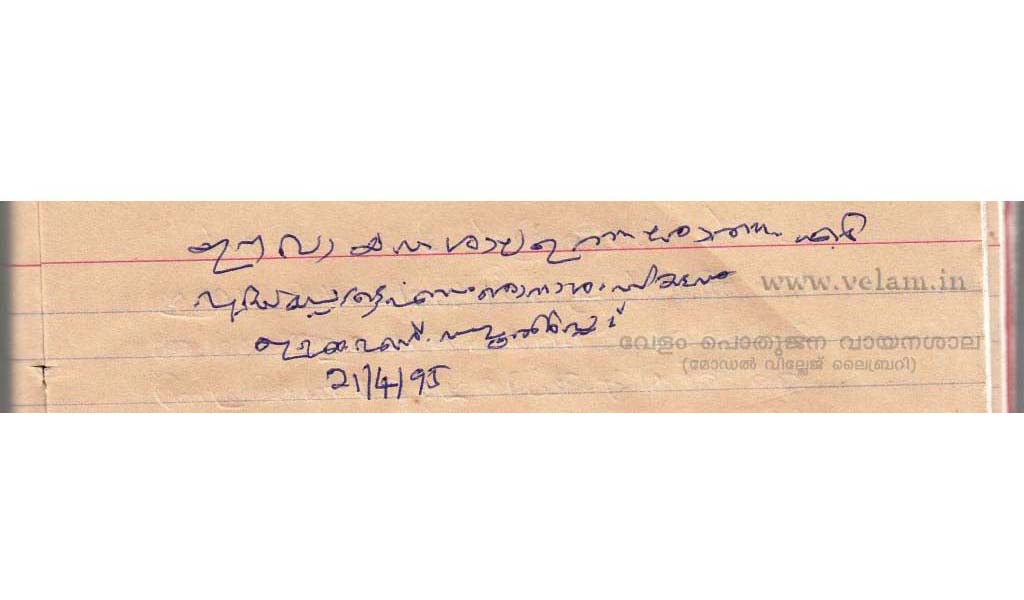 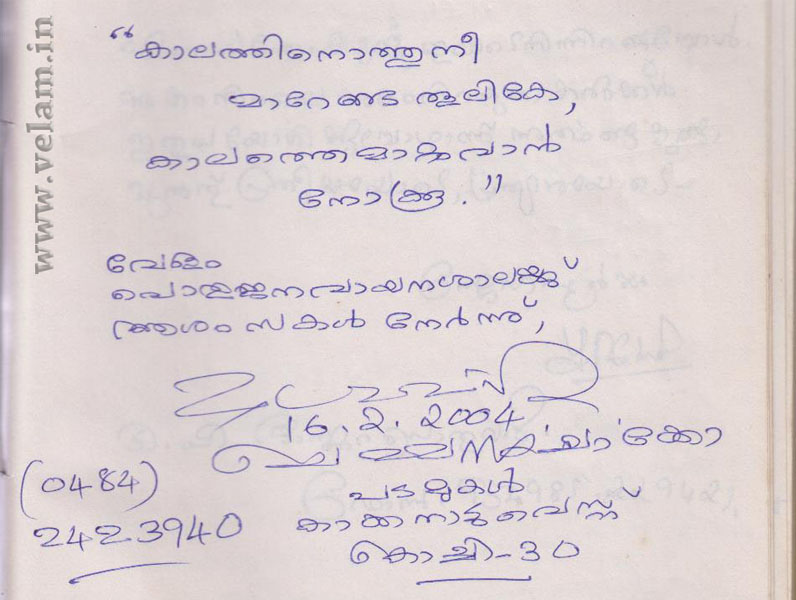 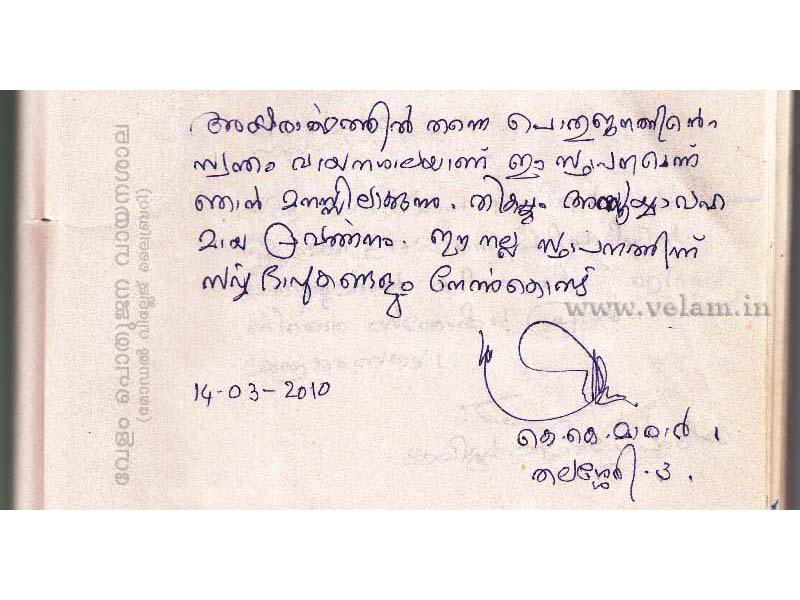 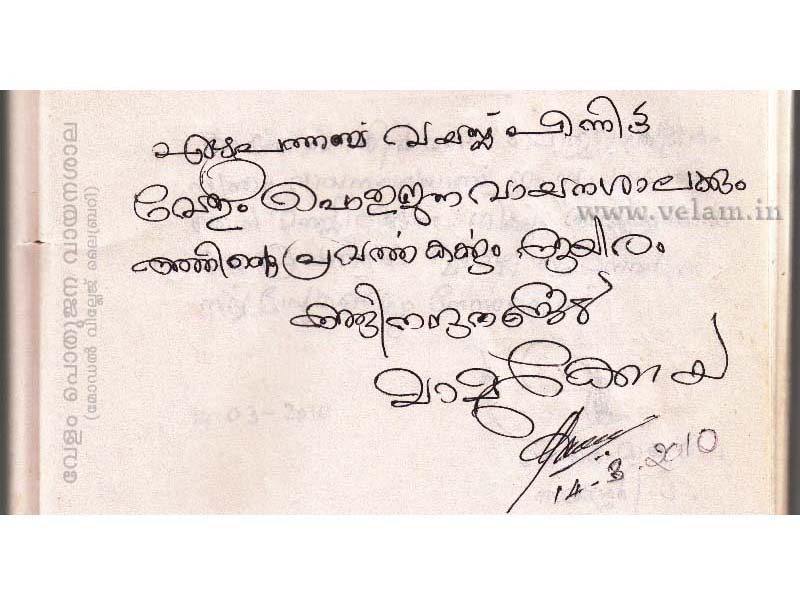 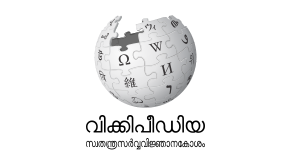 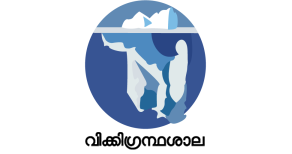